The UK container transport industry is currently at crisis, hampered by driver shortages, poor infrastructure, escalating costs, decreasing revenues and the effects of mega ships and mega ports. The future of the industry is in jeopardy.

Back in September, we reported on the continued delays at the UK’s biggest port, Felixstowe, following the troubled implementation of a new terminal operating system. Vessels were diverted elsewhere, and this caused many delays for merchant hauliers, with trucks backed up for hours at all of the UK’s major ports. Coupled with severe road congestion and a shortage of drivers, the transport sector has struggled to cope with the demands of the ever-changing shipping industry.

It is reported that 100,000 more drivers are needed to do a job which is viewed as undesirable, due to poor working conditions and poor pay. In the past, an influx of eastern European drivers mitigated the shortfall, but with Brexit weakening the Pound against the Euro the economics are less favourable, and consequently many are leaving the UK. The average age of a container truck driver is 53, and younger people are not being attracted to the profession.

Operating conditions are worsening year on year; the UK’s roads are more congested than ever and there are roadworks on ‘A’ roads leading to the main ports of Felixstowe & Southampton. Container hauliers are increasingly being targeted by criminals, with fewer secure parking facilities throughout the country. There is also a massive imbalance in the working day, with most businesses wanting morning loading and delivery.

Escalating costs are severely hampering the industry, with fuel increasing from 84p per litre to £1.10 per litre over the last two years. Wage increases, hiring of temporary labour rising by 20% and a 28% rise in parking charges have led to costs per vehicle increasing to over £20,000 per year.
In contrast, revenue has been decreasing year on year. Lower than usual sea freight rates have resulted in shipping lines squeezing hauliers’ margins and last year’s port congestions left hauliers bearing the cost of failed port collections, late collections/deliveries and delivery of containers back to port, all of which aren’t fully under hauliers’ control.

Shipping Line investment in mega ships in the mid-2000s doubled the capacity of ships to around 20,000 20’ container spaces. Fewer ports have capacity to handle these huge vessels and they struggle to maintain efficiency. Vessels are alongside for longer than intended, with other ships unable to berth as planned. This has led to many having to ‘cut and run’ – leaving the port early without discharging all of the cargo, or even missing the call completely, in order to maintain schedule reliability further down the voyage, resulting in hundreds of trucks queuing at the port without a load. Ports also frequently close due to bad weather, leaving trucks without a load for that day.

Many of these scenarios are completely out of the hands of hauliers, but they bear the brunt of the costs and consequently want to rebalance the risk by passing some of these charges back to the line or shipper. When a ship departs prematurely, the line will cancel transport bookings with late notice and hauliers feel there should be a cost for this. Collection and delivery points often take too long to load or unload and this too needs addressing; delivery or collection windows need to be increased, perhaps to 1.30 hours either side of booking time. Vehicles held outside the port gate are not recognised by the port system as queuing time, but nevertheless the cost is borne by the haulier.

Unless these important issues are addressed, the container transport industry as we know it will cease to exist. Rates must increase to facilitate higher pay and better conditions for drivers. Ports and Shipping Lines need to urgently review their practices and procedures. Road congestion requires longer term strategic planning and investment by Government, but Felixstowe, Britain’s busiest port, is not even served by the motorway network.

These problems are being replicated at ports across Europe and beyond, and yet more mega ships continue to be delivered to shipping lines. Overall, capacity on the Far East-Europe route will increase by over 10% in 2019, mostly as a result of the deployment of larger vessels. 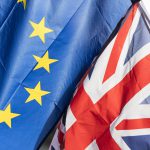 Brexit, How will your shipments be affected?News